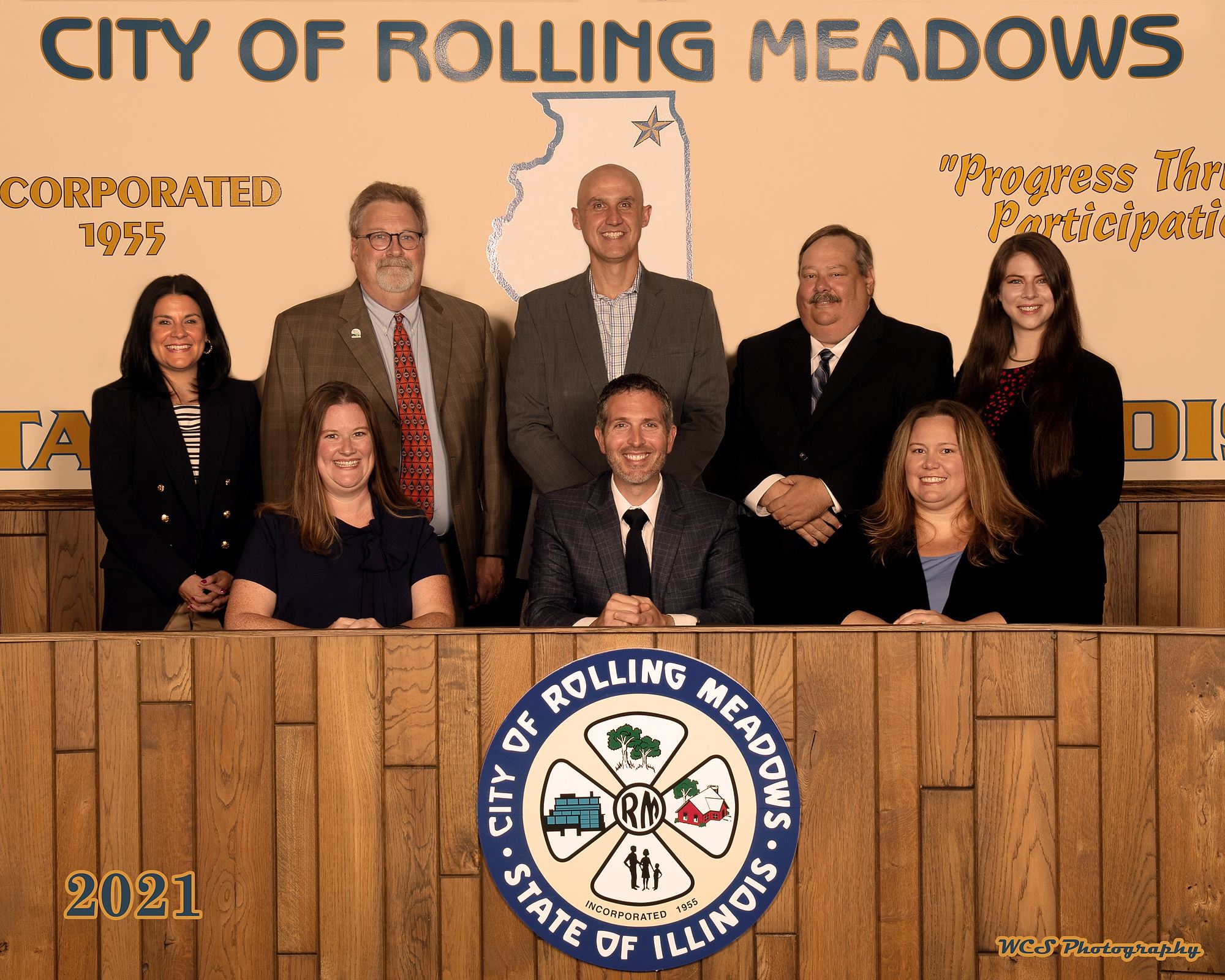 In discharging their primary responsibility as representatives of the people, City aldermen give unselfishly of their time and talent in an effort to guide the development of the community along proper lines.  Their job is important and significant, as the City Council (the aldermen together with the mayor) sets policy for the City.  Their reward is knowing that they have contributed to good government, as well as to orderly community progress. In return, the citizens of the City also have an obligation to contribute to continued good government through active participation.
It is the responsibility of the mayor to preside over City Council meetings. Legal documents pertaining to City matters must be authorized by the mayor as directed by the City Council. The City has seven different wards and each ward is represented by an alderman.  The mayor is elected at large.  The City of Rolling Meadows has established term-limits.  The limits currently are: two consecutive terms for the mayor and two consecutive terms for an alderman (terms are four years each).